New to Our Redthought.org? ~ Watch our Introductory Video Explaining Who We Are ~ Register to gain Access to all of our Features ~
Redthought.org is a platform of communication dedicated to Free, Independent, Clear, and Coherent Thought. There are few places in this world where right and respectful relations are the expectation based upon a self policed assertion of the principle of integrity.  Redthought is one of them. At the core of this awareness lies an advocacy of identity. Seeking to know who you are, where you come from, and where you are going becomes the common foundation by which we can individually better understand not only each other, but the world in general. It is within the will of understanding each other that we can better think about "what is?" and "what isn't?" in this world, and perhaps most importantly "why?". 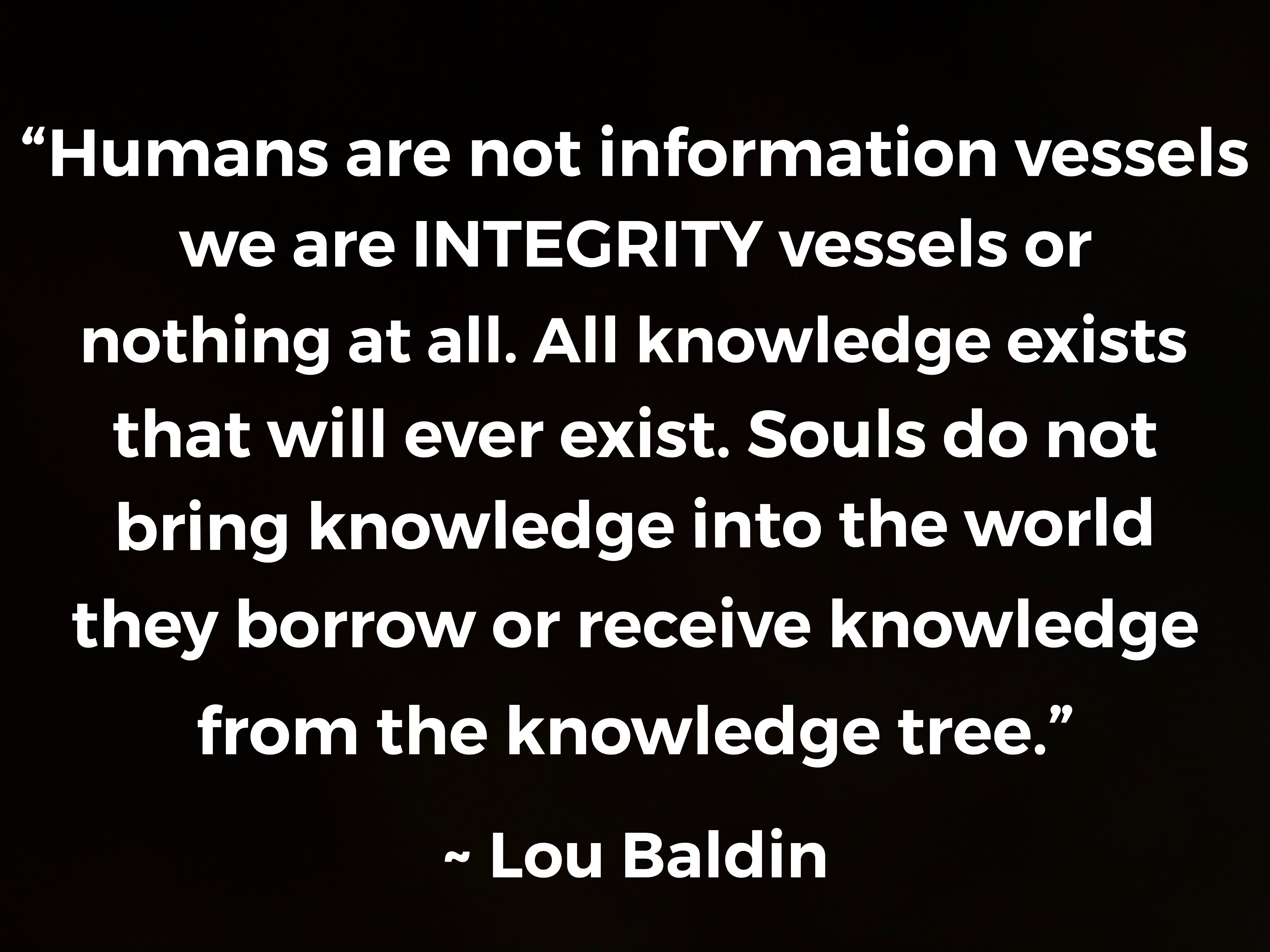 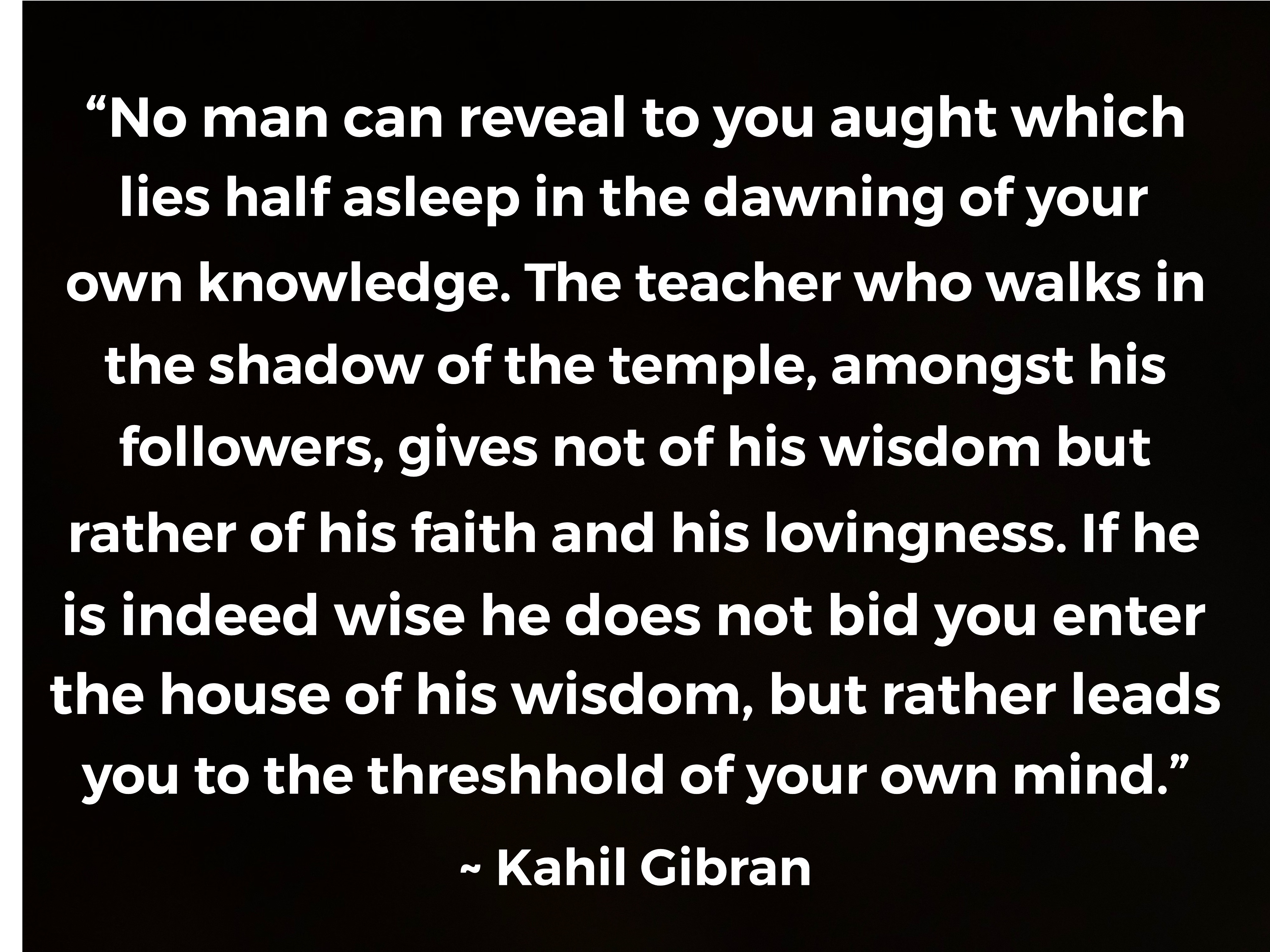 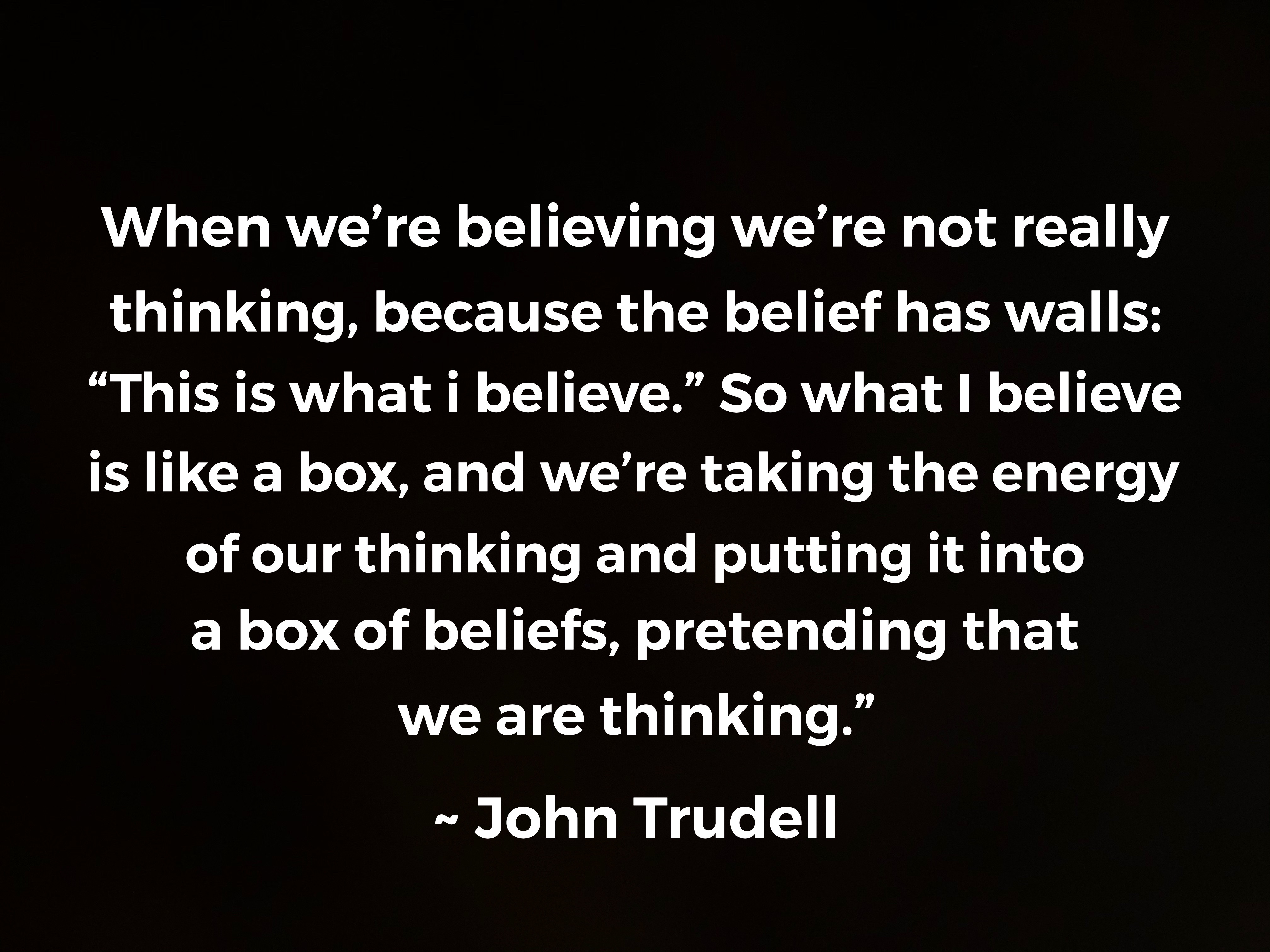 We specialize in awareness surrounding the Doctrine of Christian Discovery. The historical manifestation and present day implications of the Doctrine represent in our opinion the most significant issue that shapes and forms reality as we know it. The individuals who work together in this effort collectively have over 70 years of experience and expertise in understanding what the Doctrine of Christian Discovery is, how it originated, and how it continues to manifest in our day to day lives. Within Redthought you will see various events, many that include detailed analysis of present day disputes that often play out in the Federal Courts of the United States. The forensic manner by which these disputes are dissected and analyzed reveals the deceptive nature by which the Doctrine of Christian Discovery continues to justify extremely detrimental forms of reality. This is the reality that each of us lives within and adheres to. The work of Redthought is dedicated to contributing to the formation of a new reality based upon right and respectful relations. 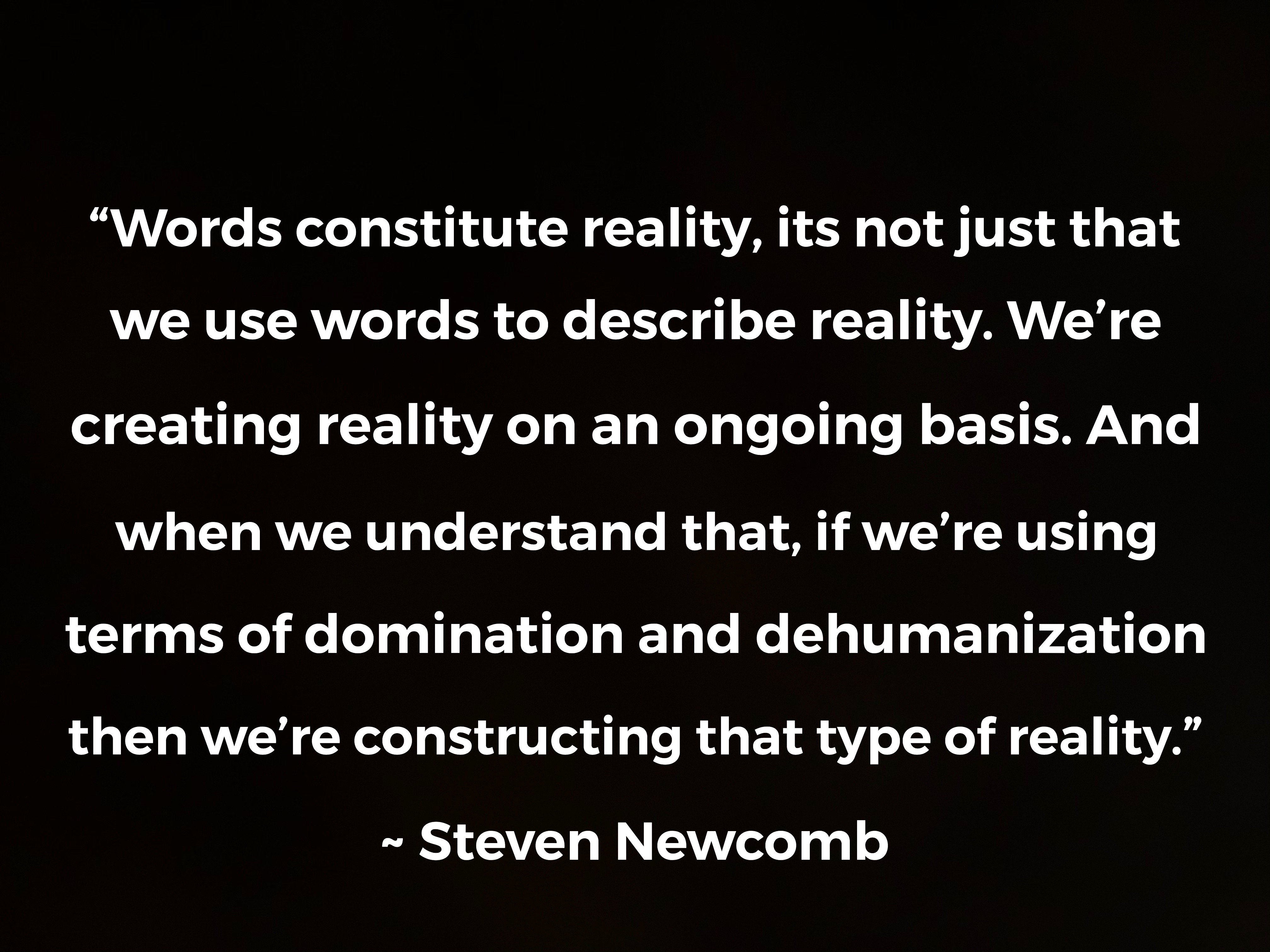 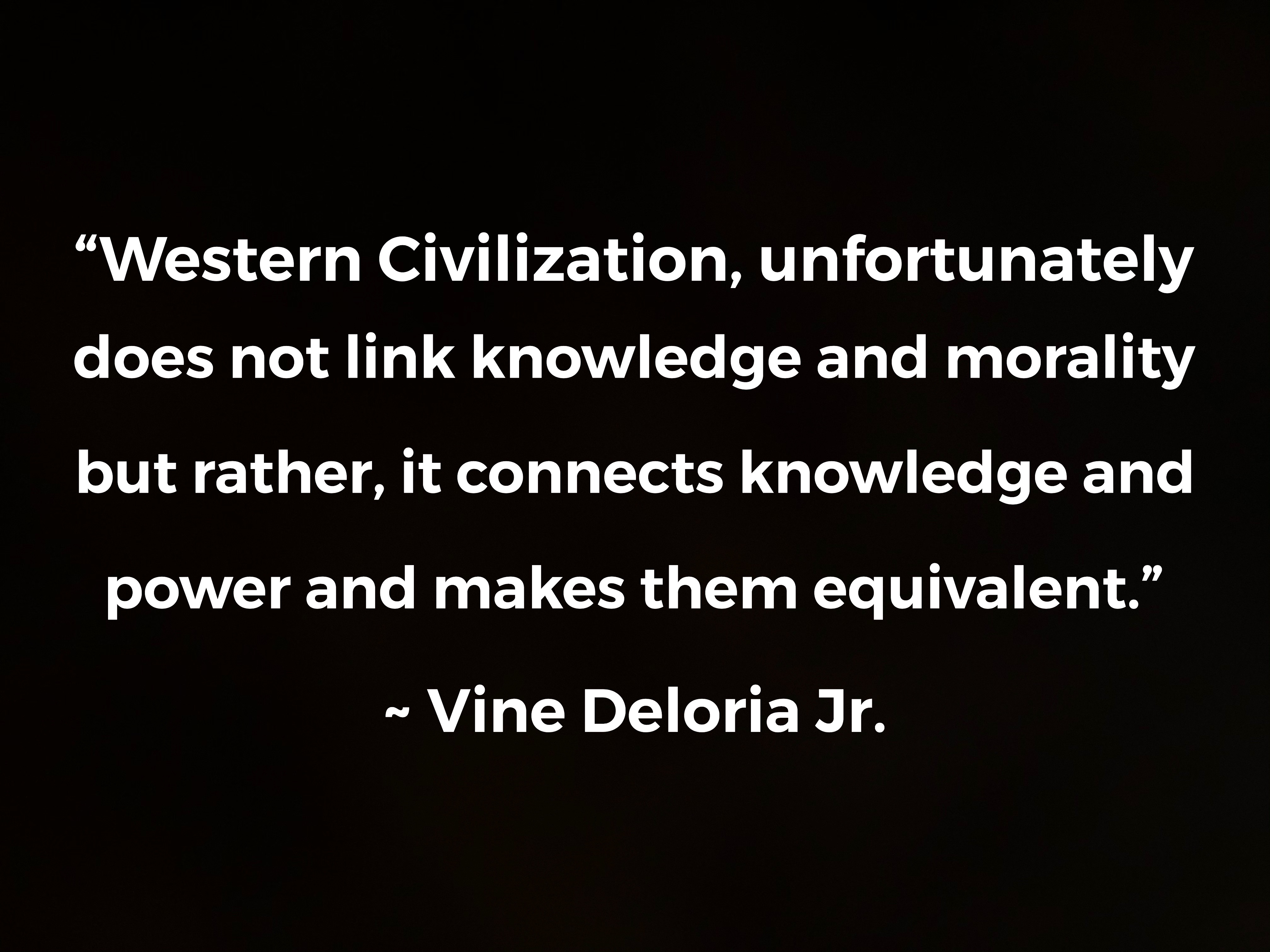 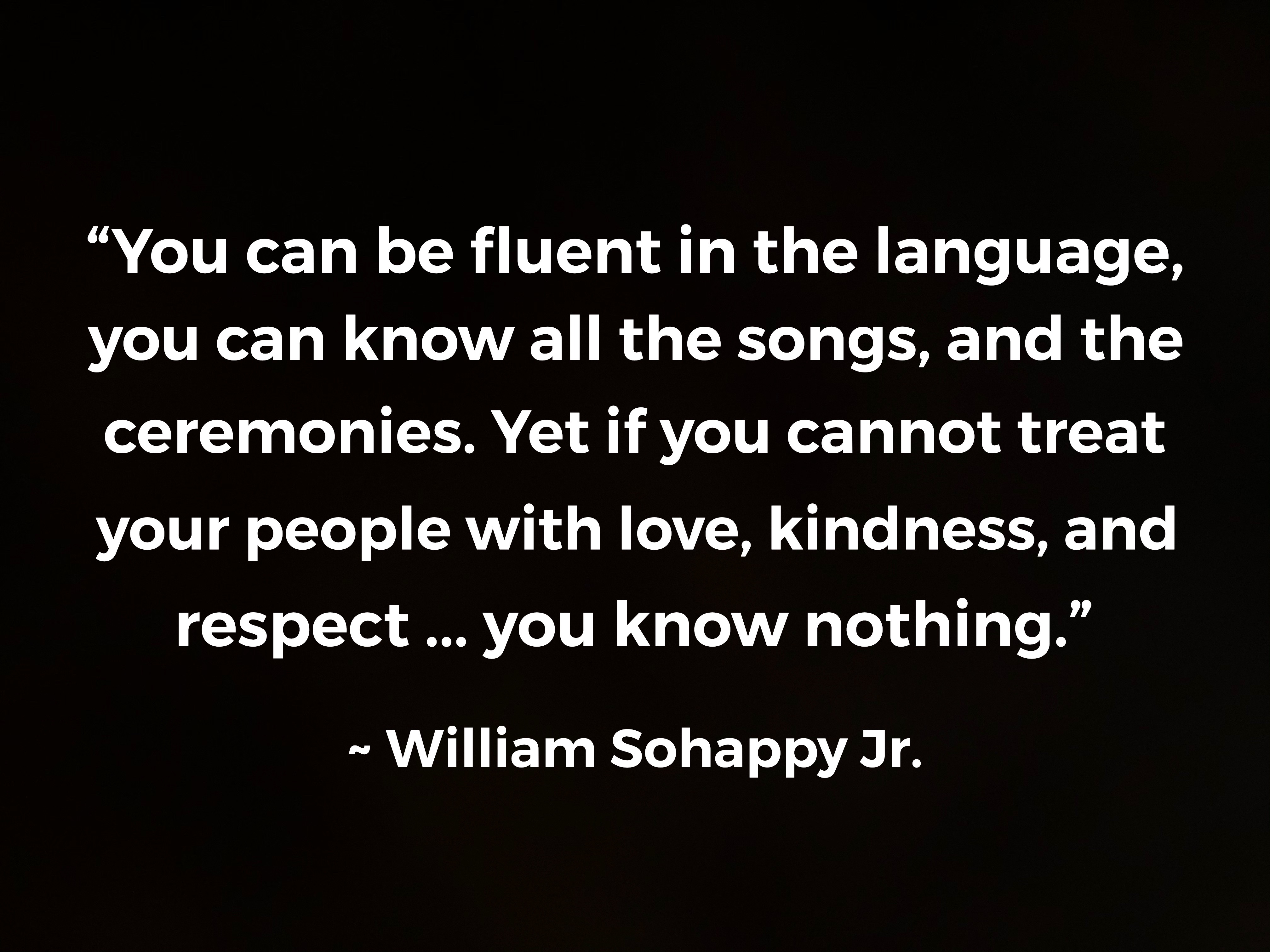 Below are a series of previews that represent a number of events that bring forth an analysis unlike anything you will recieve anywhere else. This is the unique nature of what Redthought contributes to in the question of "what is" concerning reality. This is how we gather thoughts unto the will of integrity.
FIRST AN UNDERSTANDING OF THE DOCTRINE OF CHRISTIAN DISCOVERY

The Doctrine of Discovery - Unmasking the Domination Code
A story of historical truth, spirituality, and resistance, told on behalf of the original nations and peoples of Great Turtle Island, and elsewhere on Mother Earth. We are still here, and still rightfully free.
Directed by: Sheldon Wolfchild, Co-Produced by Steven Newcomb, Narration by Buffy Sainte-Marie

THE DOCTRINE OF DISCOVERY: UNMASKING THE DOMINATION CODE - TRAILER

On August 31st, 2021 Redthought hosted an event "Healing from the Trauma of the "Boarding Schools". Preview the event below and view the event in its entirety with the provided link below the preview.

View the Full Length Presentation for FREE at the Link Below

Click Here: Healing from the Trauma of the Boarding Schools - Full Length Presentation


On January 7th, 2022 Redthought provided an analysis on "Understanding the UN Declaration on the Rights of Indigenous Peoples and the Law of Nations". Preview the event below and view the event in its entirety with the provided link below the preview. 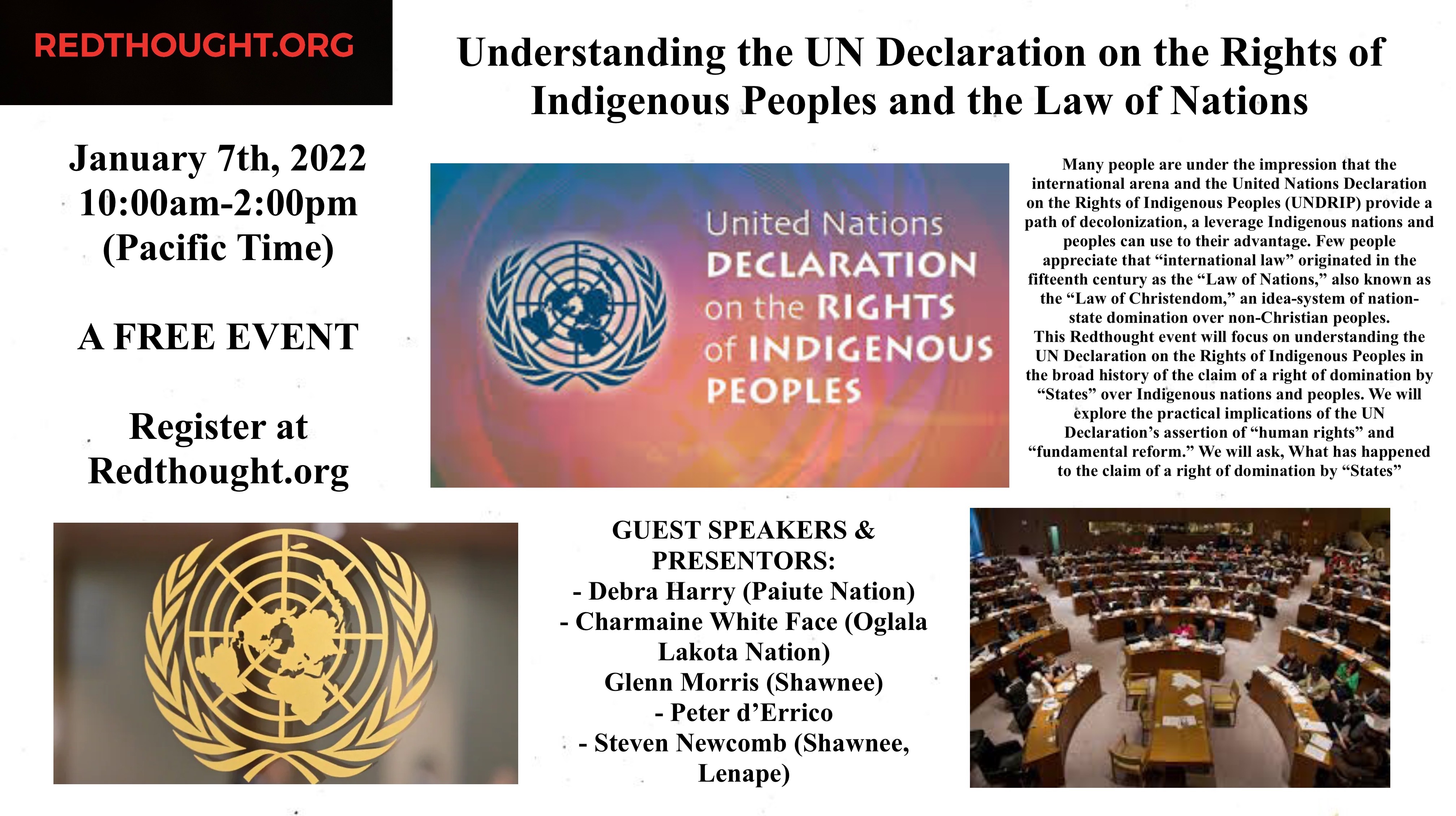 On December 20th & 21st, 2021 a two day event was hosted by Redthought "The Standing Rock Analysis". Preview the event below and view the event in its entirety with the provided link below the preview. 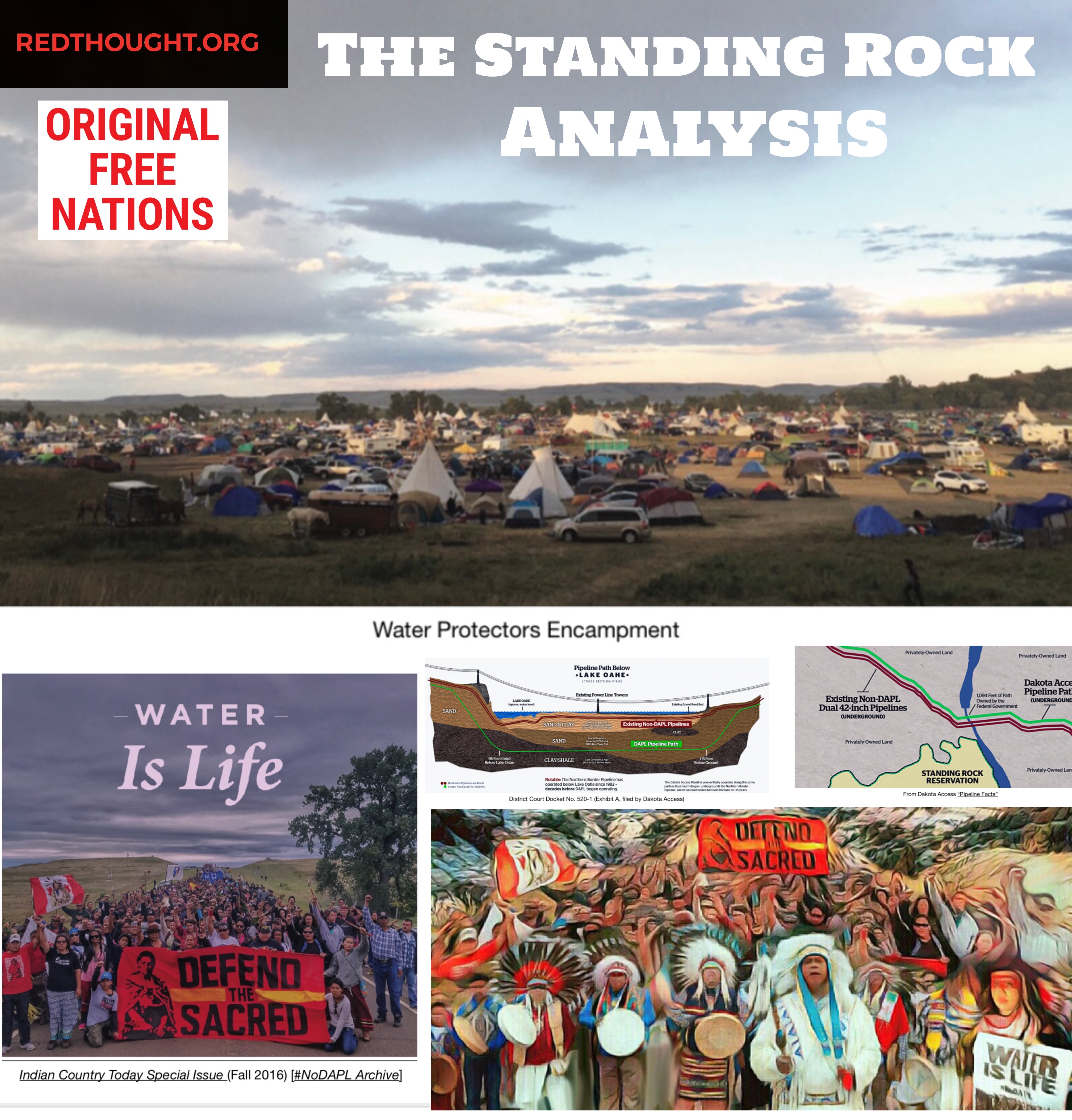 View the Full Length Presentation "Part One" for FREE at the Link Below
Click Here: The Standing Rock Analysis - Part One Full Presentation


On June 21st, 2021 Redthought provided and event, "Oak Flat - A Sharing of Truth". Preview the event below and view the event in its entirety with the provided link below the preview. 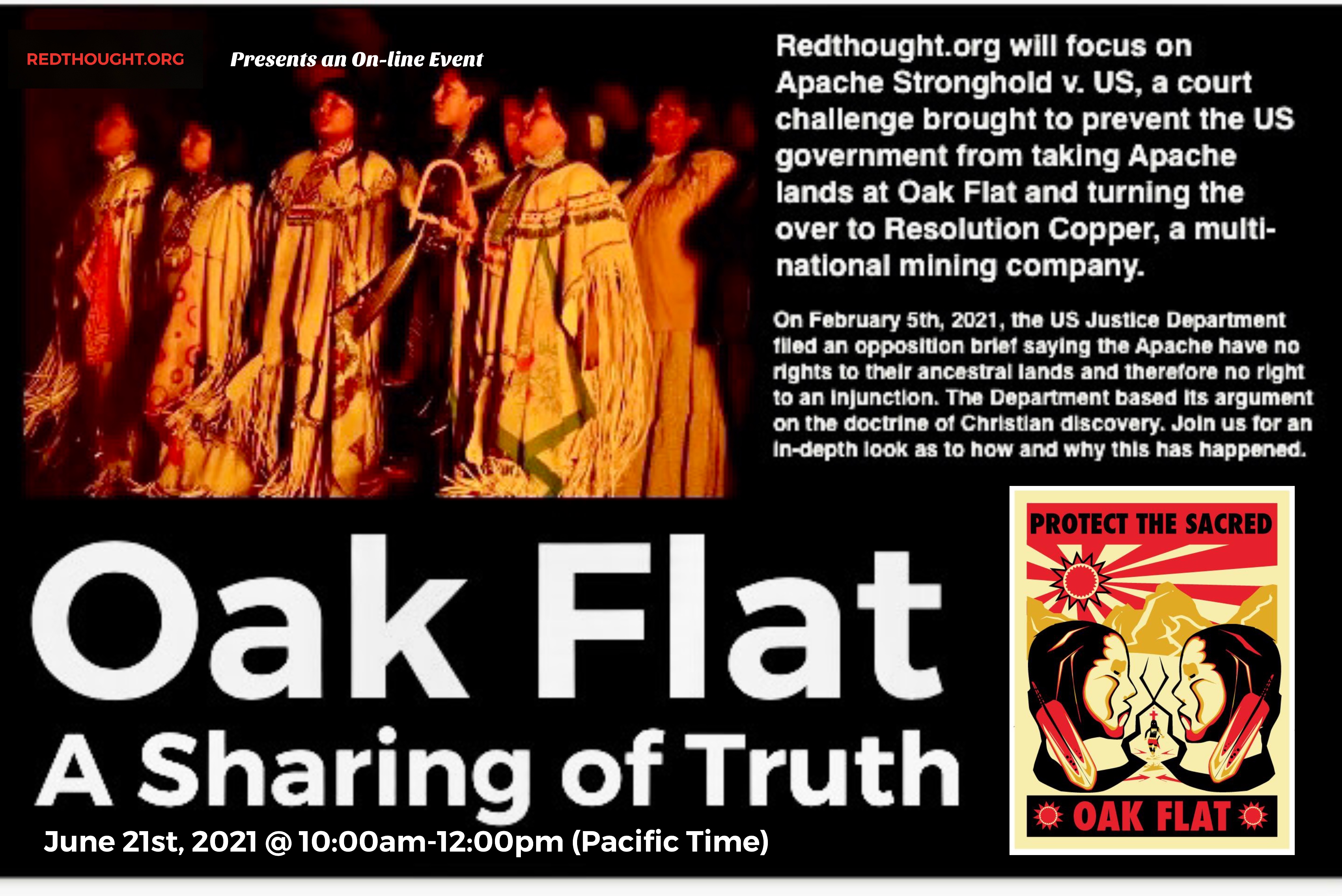 Each of the Events above reflect modern day issues or disputes that trace back to the Doctrine of Christian Discovery. We now provide an in-depth look into the adoption of the Doctrine into Federal Indian Law with a three part series analyzing the Marshall Trilogy. We begin with a preview video below.

Although much of our content and analysis is free the Marshall Trilogy carries a fee and can be purchased by clicking on the pictures below. 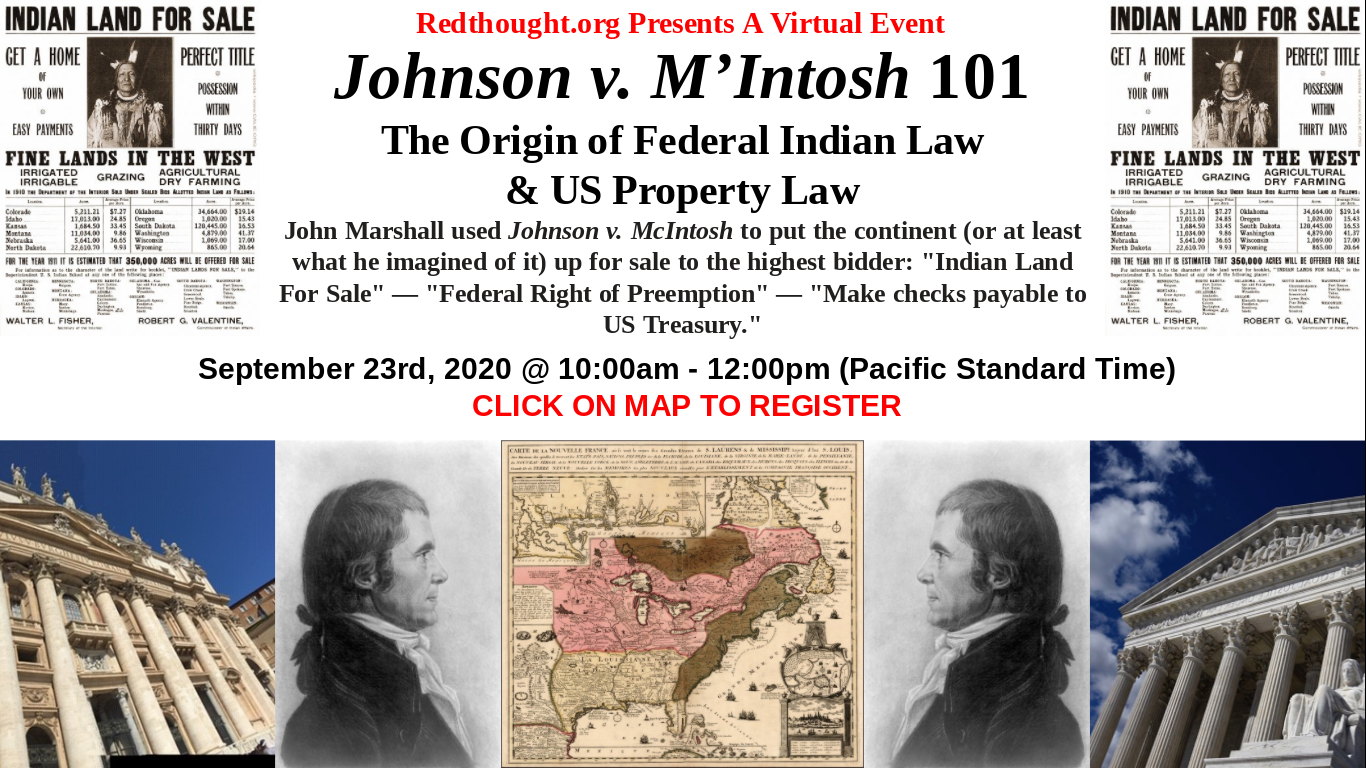 Part One of "The Marshall Trilogy": Johnson v. M'Intosh - The Origin of Federal Indian Law & U.S. Property Law -- Click on Picture to Purchase Event $40
Regardless of who you are, you’ll learn more about the Johnson v. McIntosh during our two hour event than you would learn even if you were in a law school. This is because no law school has the time or inclination to spend two hours discussing the reasoning, vocabulary, and metaphorical structure of the domination patterning found in the Johnson ruling in the way we will. 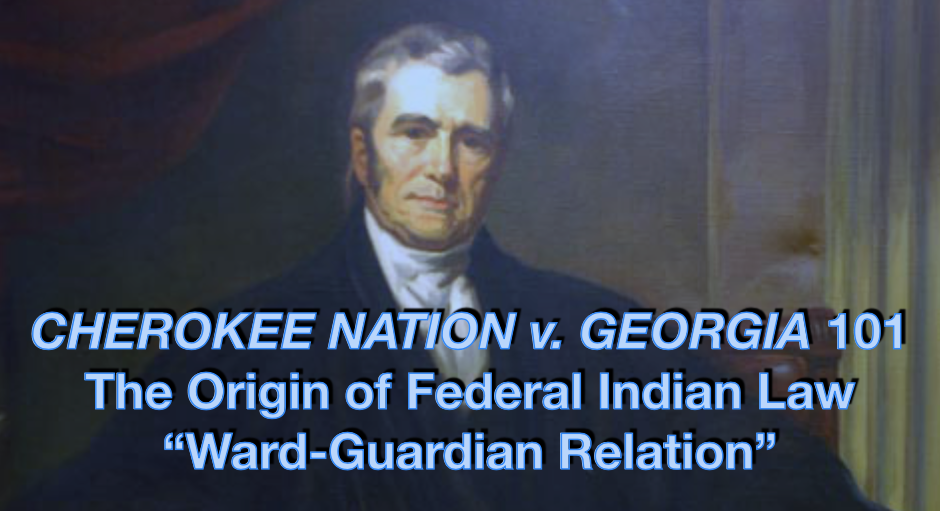 Cherokee Nation v. Georgia - 101 – An Analysis of Federal Indian Law “Ward-Guardian Relation” -- Click on Picture to Purchase Event $40
Most readings of Cherokee Nation ignore the fact that the decision was based on the religious supremacy doctrine of “Christian discovery.” Marshall said the reason Native nations are not independent of the US is that “They occupy a territory to which we assert a title independent of their will.” That US claim of title to native lands was declared in Johnson v. McIntosh (1823), the first case in the Marshall trilogy, on the basis of “Christian discovery.” 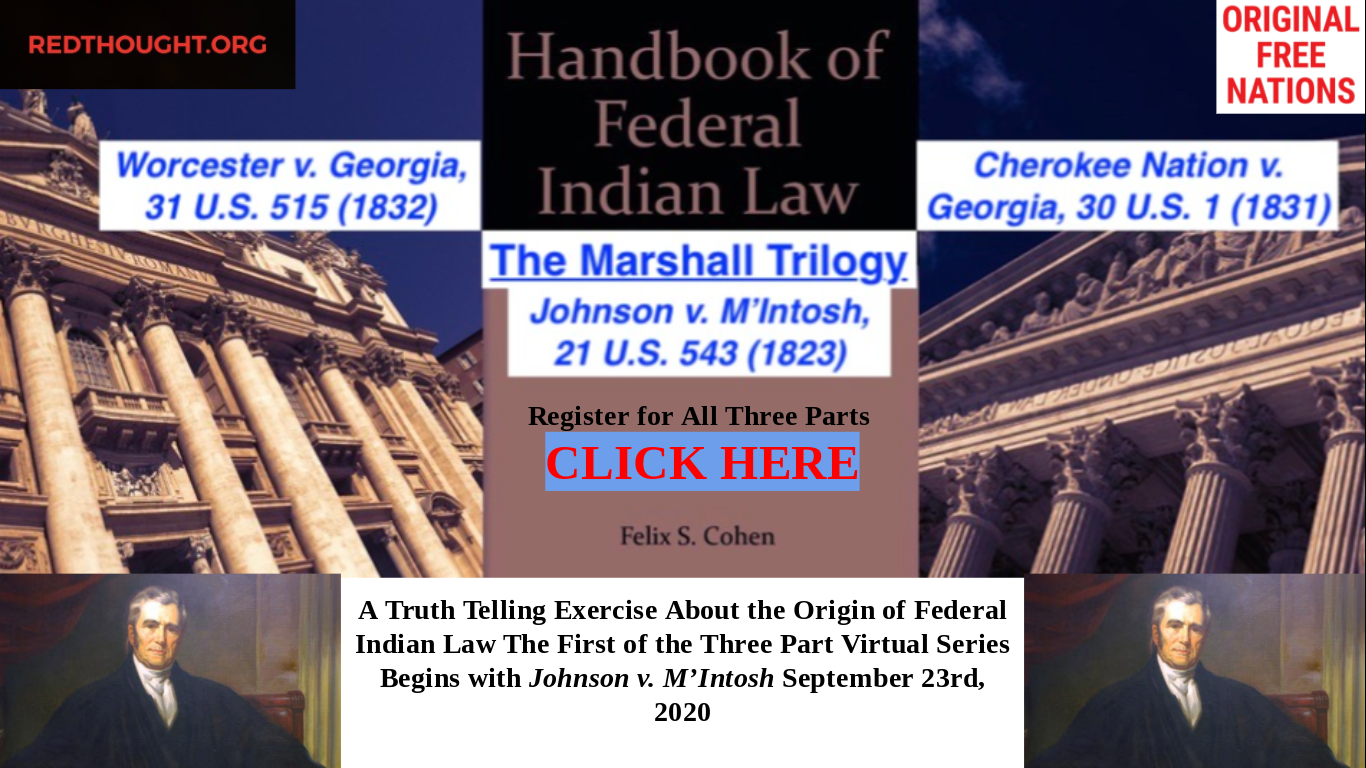 Worcester v. Georgia - 101 – An Analysis of Federal Indian Law “Ultimate US Dominion” -- Click on Picture to Purchase Event $40
Worcester v. Georgia (1832) is the final case in the so-called “Marshall Trilogy” of decisions that form the foundation of the system of ideas called “federal Indian law.” The case declared that the US has “ultimate domain” over relations with Native nations, to the exclusion of the states. Worcester cited Johnson v. McIntosh and affirmed its “principle…that discovery gave title” to the “discoverer.”
McGirt v. Oklahoma Event Series 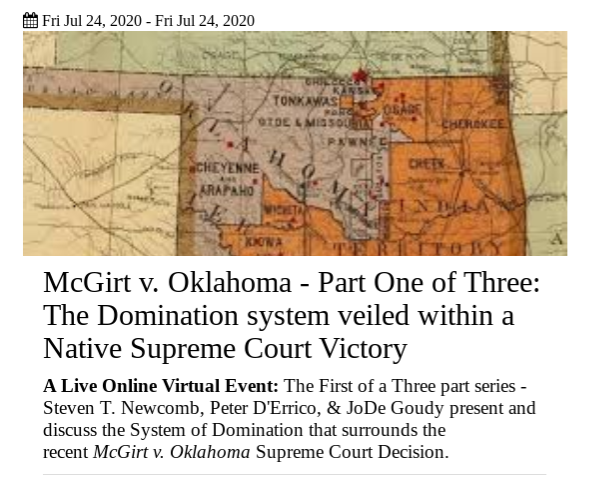 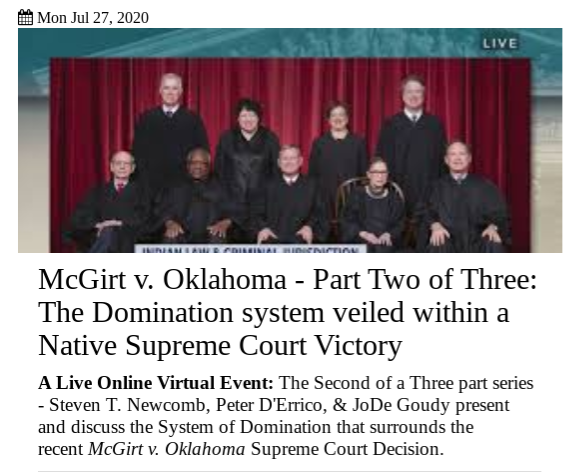 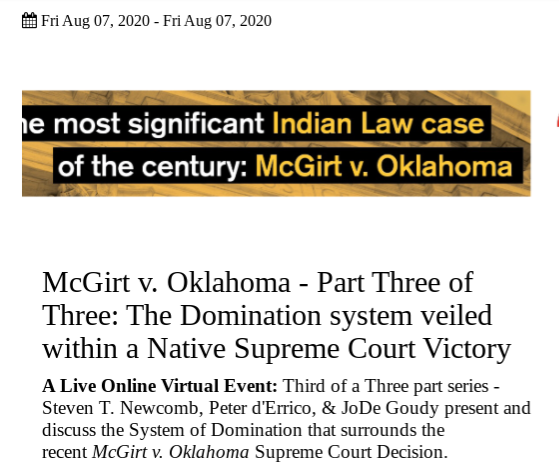